Hill Canyon to Elliott Mountain and Beyond

This hike will include two of the trails in the Conejo Open Challenge: The Lichen Trail and the Plateau Rim Trail.

The trail up Elliot Mountain was built May 2015. The mountain, a bench and the trail are named after Burt Elliott who was very active with Conejo Open Space Conservation Agency. Burt died of cancer in the Spring of 2014. He was the go-to guy for all things Conejo Open Space. We use the 2015 trail these days but here is what it looked like before that — just a little use trail that gave us something to complain about 🙀 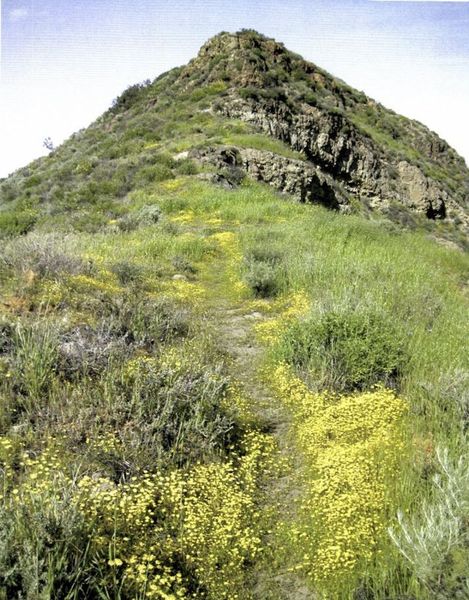 We began exploring this area in 2008 when we were the original “The Weekday Hikers.” At that time there was a system of old use trails known mainly only to a few local equestrians. It soon became a favorite and regular hiking location for us. From 2008 to 2011 Hill Canyon was the location of our unofficial club house.

A few years later, open space agencies and other trail-builders literally followed in our footsteps and began converting the use trails to official “new” trails, erected trail signs and built bridges. This photo is from February 2012 when we attended the bridge opening. See more (http://www.meetup.com/localhikers/photos/all_photos/?photoAlbumId=5956072)

Here is a slide show of a February 2015 hike

Hike will be about 9 miles with 1700 ft total ascent

Hill Canyon is part of a system of deeply eroded canyons, plateaus and ridge lines now known as the Conejo Canyons Open Space. On clear days, trails in this area afford dramatic views of Ventura and the coastline, as well as inland to the Topa Topa mountains north of Ojai. This area also conserves a variety of habitats, including coast live oak woodlands, riparian habitats, interior sage scrub/chaparral, and coastal sage scrub. The hike will be about 8 miles with moderate elevation gain.

Prior to 2000 plans for high end homes were made to be built on the Western Plateau above Hill Canyon. There were a couple of problems. An access road would be a very expensive addition to the cost of the properties. Fire access requires a separate emergency access which was not feasible without access through city property. A bordering golf course would add to the property values and if done right would provide the emergency access at little cost. A win-win for the developer. No problem. He got city officials to spend about $2.6 million to plan a golf course with the emergency access.

But then Audubon members and other environmentalists showed pictures of the flood plain under water after a big rain. The club house would have to be up on the ridge above to be feasible. Golfers would have to be driven down to tee off. The golf course plans got canceled and a land trade was worked out by the same city officials who caused the $2.6 million to be wasted.

Hill Canyon and the Western Plateau is now the Conejo Canyons Open Space.

Who is that guy up there? 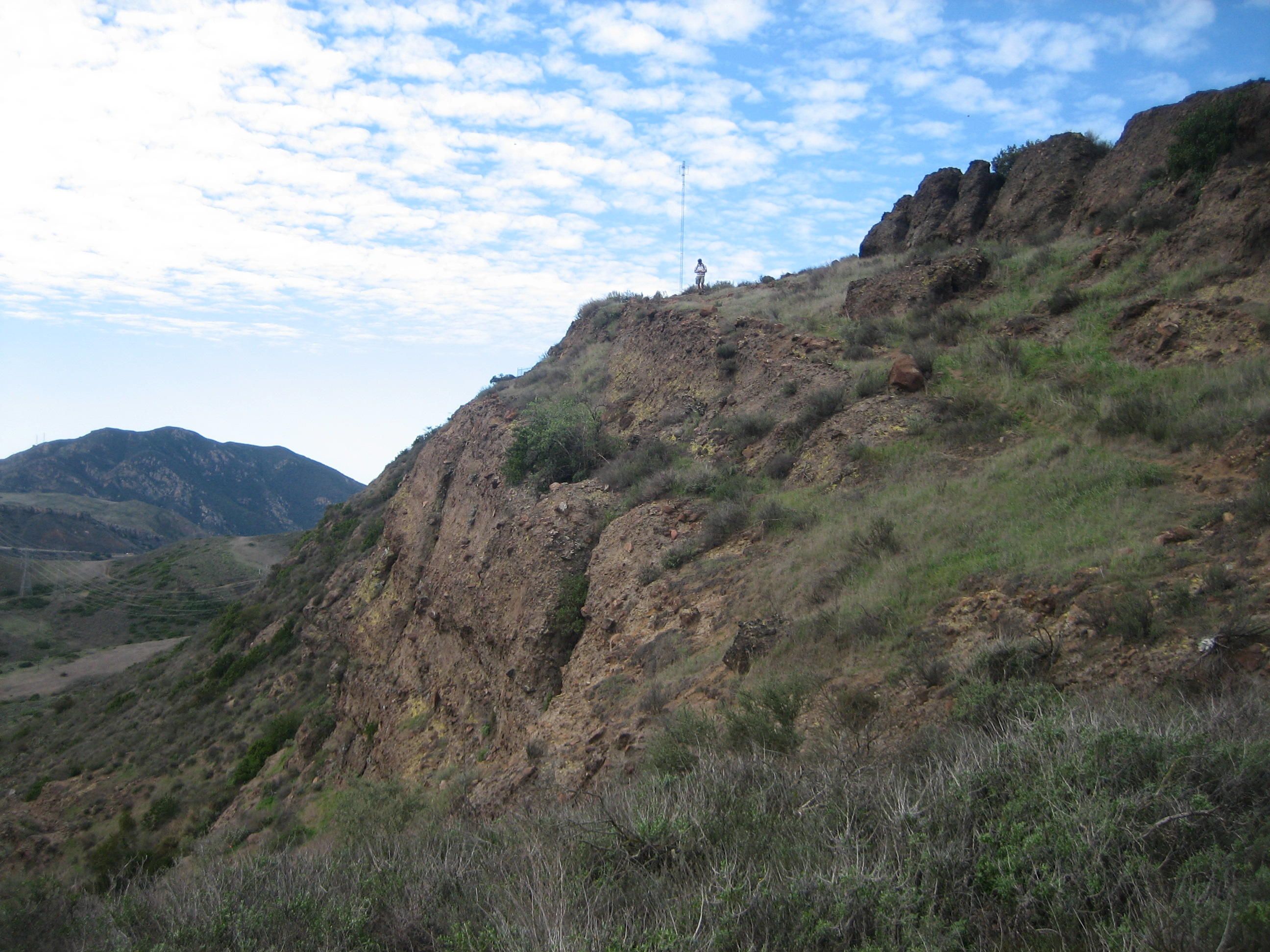 Want to join the discussion?
Feel free to contribute!

Trail statistics are approximate.  For safety purposes always assume they are underestimated. But don’t be disappointed if they are overestimated. Bring more water and snacks than you think you’ll need.

Trail descriptions are based on previous hikes. Current conditions are unknown until arrival. Expect the unexpected and plan accordingly.

The Organizers and members in this group are not professional leaders, guides, or mountaineers. The function of the member or organizer is only to organize the trip. Each person who shows up for a trip/meetup (and their guest or guests) is responsible for his or her own safety. By attending a hike, or any other event organized by this group, you are acknowledging that you and any guests that you bring are aware of the risks, dangers and hazards associated with the activity and freely accept and fully assume all such risks, dangers and hazards, and further agree to release and discharge the Organizers, Members of the Hiking With Dean Meetup Group from and against any and all liability arising from your participation in the group activities per the ASSUMPTION OF RISK AND LIABILITY WAIVER.

“HWD is a participant in the Amazon Services LLC Associates Program, an affiliate advertising program designed to provide a means for sites to earn advertising fees by advertising and linking to amazon.com.”